Skip to content
Deemed too weak for either PVP or PVE challenging content, Combat Bows in Destiny 2 were rarely seen in the wild, with the exception of bow aficionados who couldn’t care less about “the meta“.

But thanks in part to excellent Exotics, but mostly their usability in endgame PVE content, Bows have made a strong comeback. On top of that, Combat Bows received a 10% damage buff in PVE, which further cements them as strong PVE options.

This guide covers every bow in Destiny 2, including both Exotic and Legendary Pulses, as well as the best rolls for PVE and PVP.

The Tier list below includes every non-sunset combat bow in the game. It starts with the S Tier weapons and moves down from there. It also covers both PVE and PVP, with the “Excels in” column clearly identifying in what area each weapon shines:

About DPS: You’ll see us talk a lot about DPS, damage per second, throughout this guide. DPS is important for PVE, because the higher the DPS, the more damage you can deal to a Boss or Major.

This section not only covers the top Bows currently in the game, it also tells you where you can find them. This guide covers every weapon source in Destiny 2 and most of the sources below are self-explanatory, but in doubt, you can always leave a comment below or ask away on our Discord server.

Overall, these are our Top 10 favorite bows for PVE and PVP. 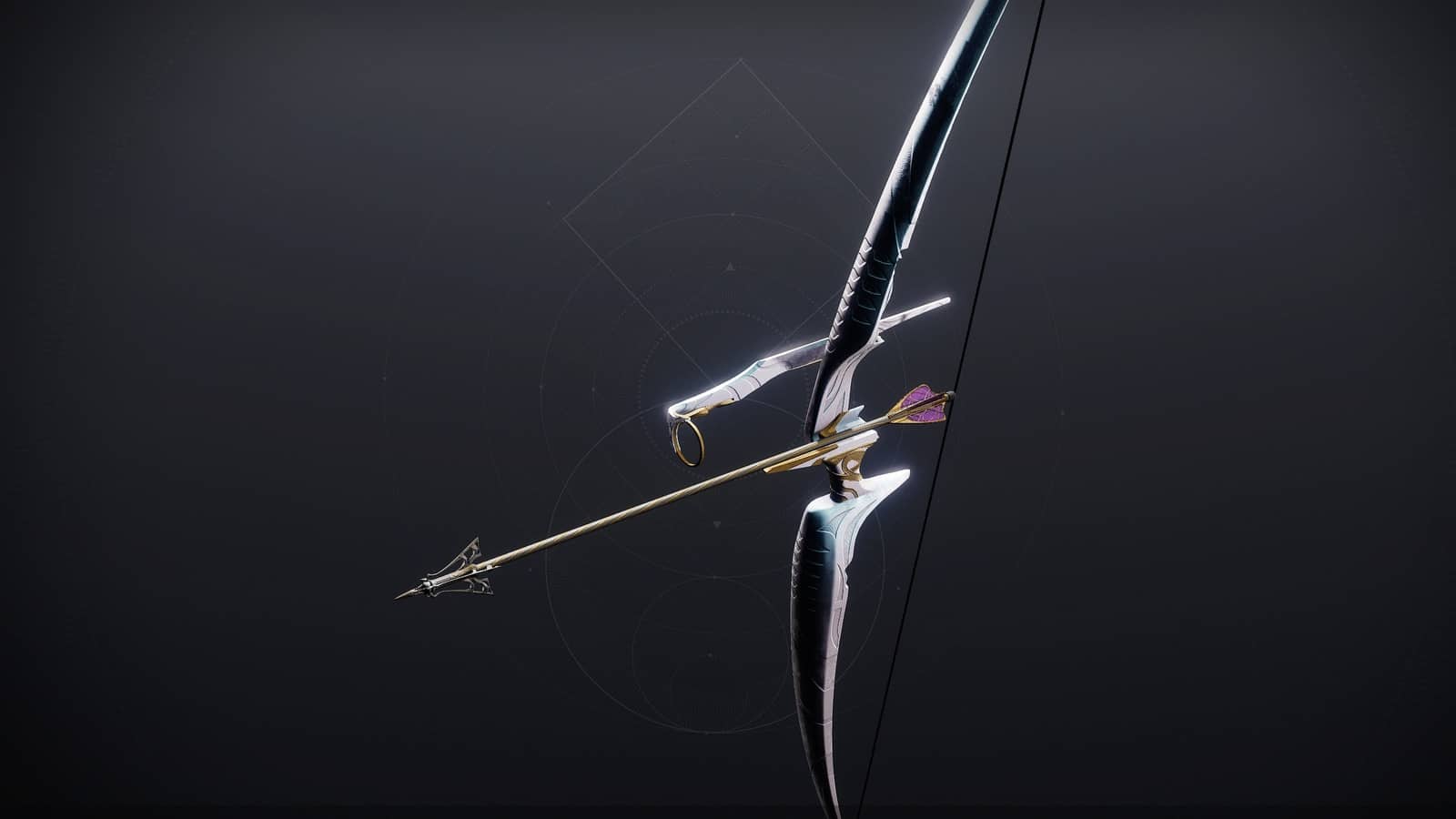 Exotic Perk: “While aiming down sights with a fully-drawn bow, enemies behind walls are highlighted. Piercing arrowheads damage the target on entry and exit. One-shot can over-penetrate multiple targets.”

Wish-Ender is an extremely niche weapon. You will rarely see it in the wild, but if you do, it will probably be in the Crucible. In fact, Wish-Ender can be a viable PVP option in high-stakes 3v3 matches.

With its ability to provide constant visuals on the enemy, Wish-Ender can be an invaluable asset for coordinated teams, especially if the player using Wish-Ender is comfortable with bows.

How to get it: Wish-Ender can be acquired by completing an Exotic quest. 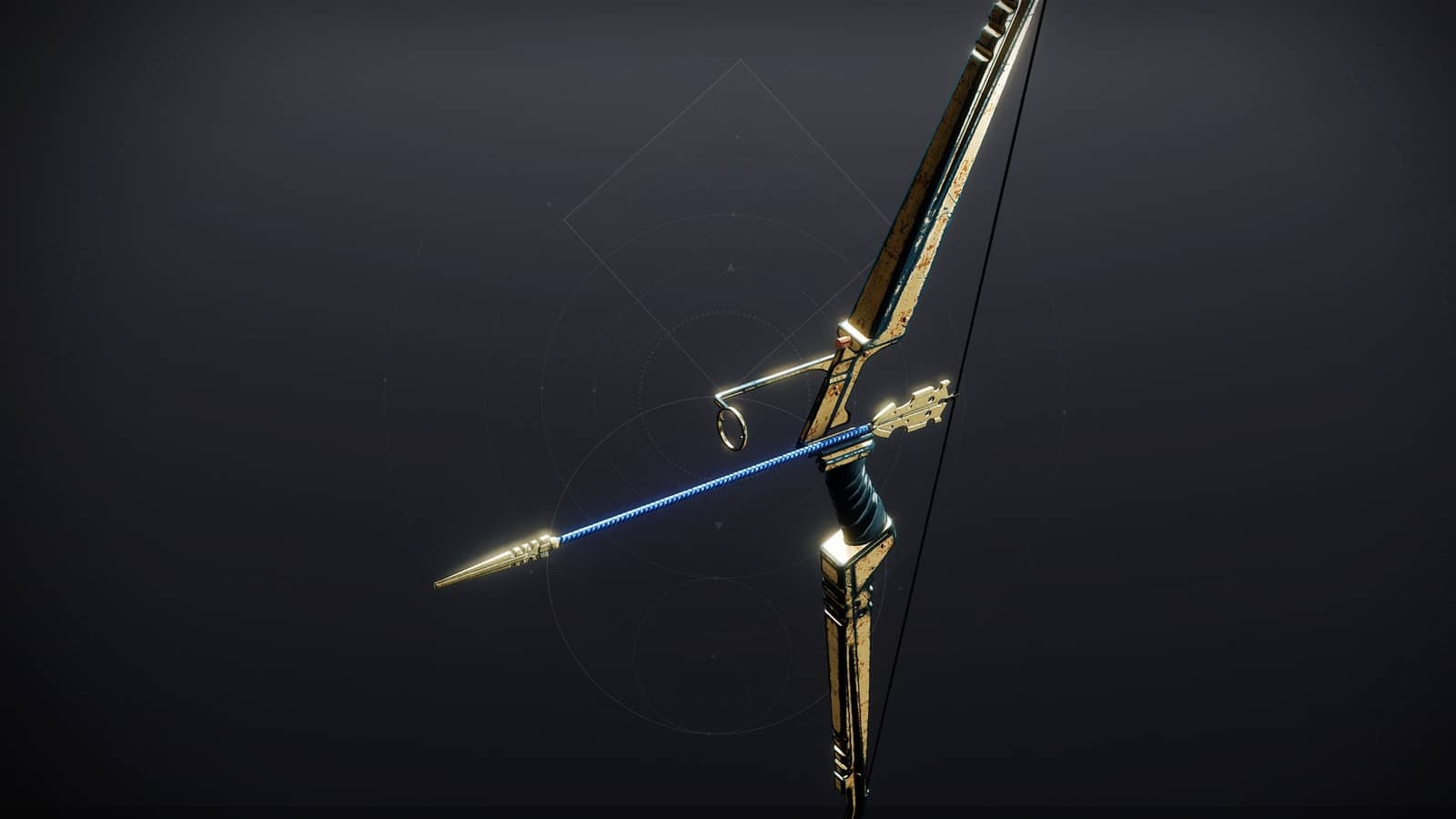 Precision bows are usually the top choice for PVE bow aficionados, as they deal more damage than Lightweights.

That said, with perks such as Frenzy and Impulse Magnifier, the Imperial Needle can be an effective and damn fun to use ad clear weapon. It also helps that it can currently be easily farmed via Battlegrounds and Umbrals engrams.

How to get it: Imperial Needle can be acquired by completing Battlegrounds and focusing Umbral engrams. 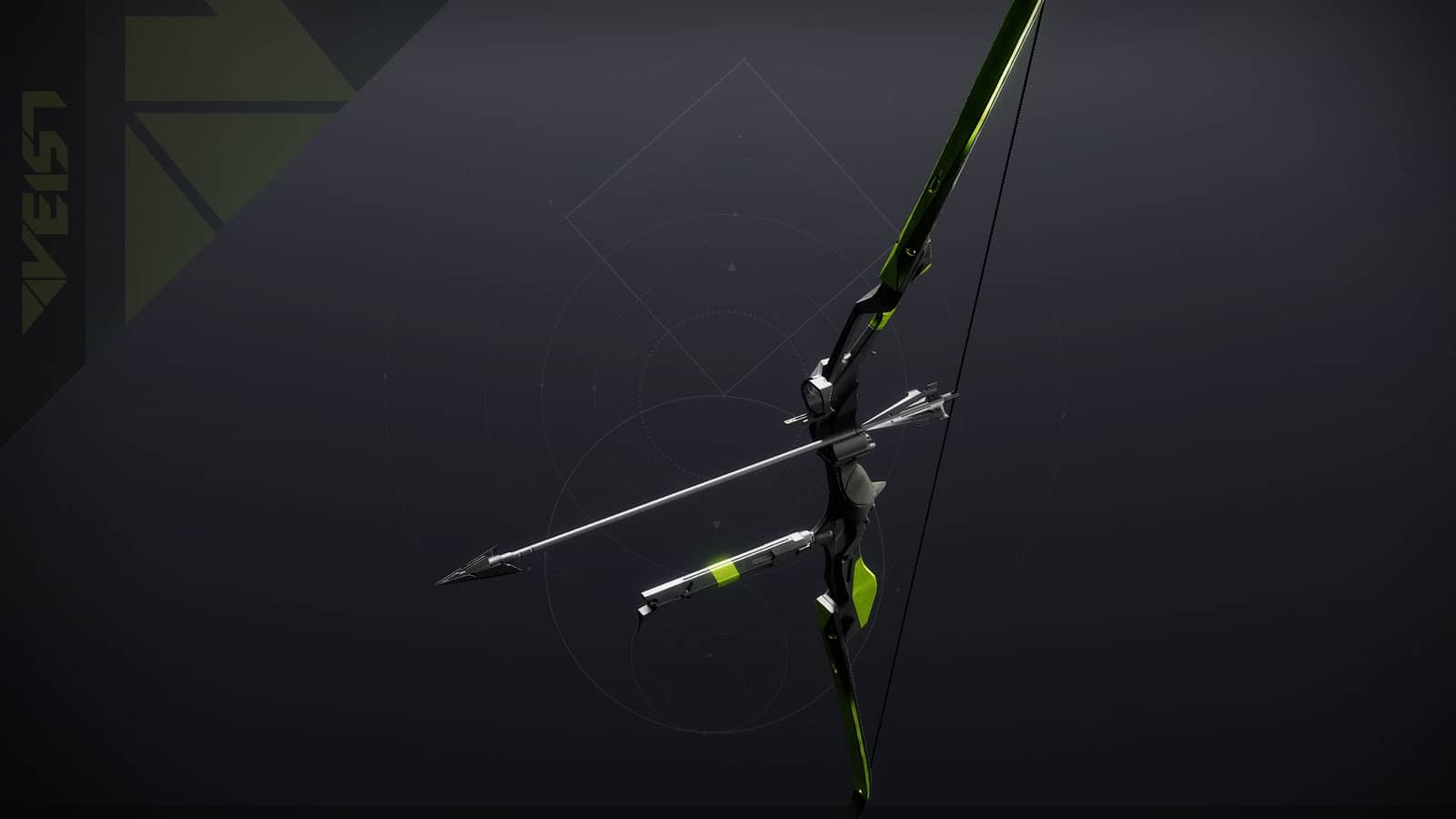 Arsenic Bite may suffer from the same shortcomings as all Lightweight bows do. That said, this is perhaps the strongest Lightweight option due to its strong selection of top-tier damage-dealing perks such as Dragonfly, Rampage, and more.

It also happens to feature great base stats and a satisfying “feel” to it, a nonquantifiable quality that happens to be particularly important for bows.

How to get it: Arsenic Bite-4b can be randomly acquired as end-of-match activities or via Legendary and Prime engrams. 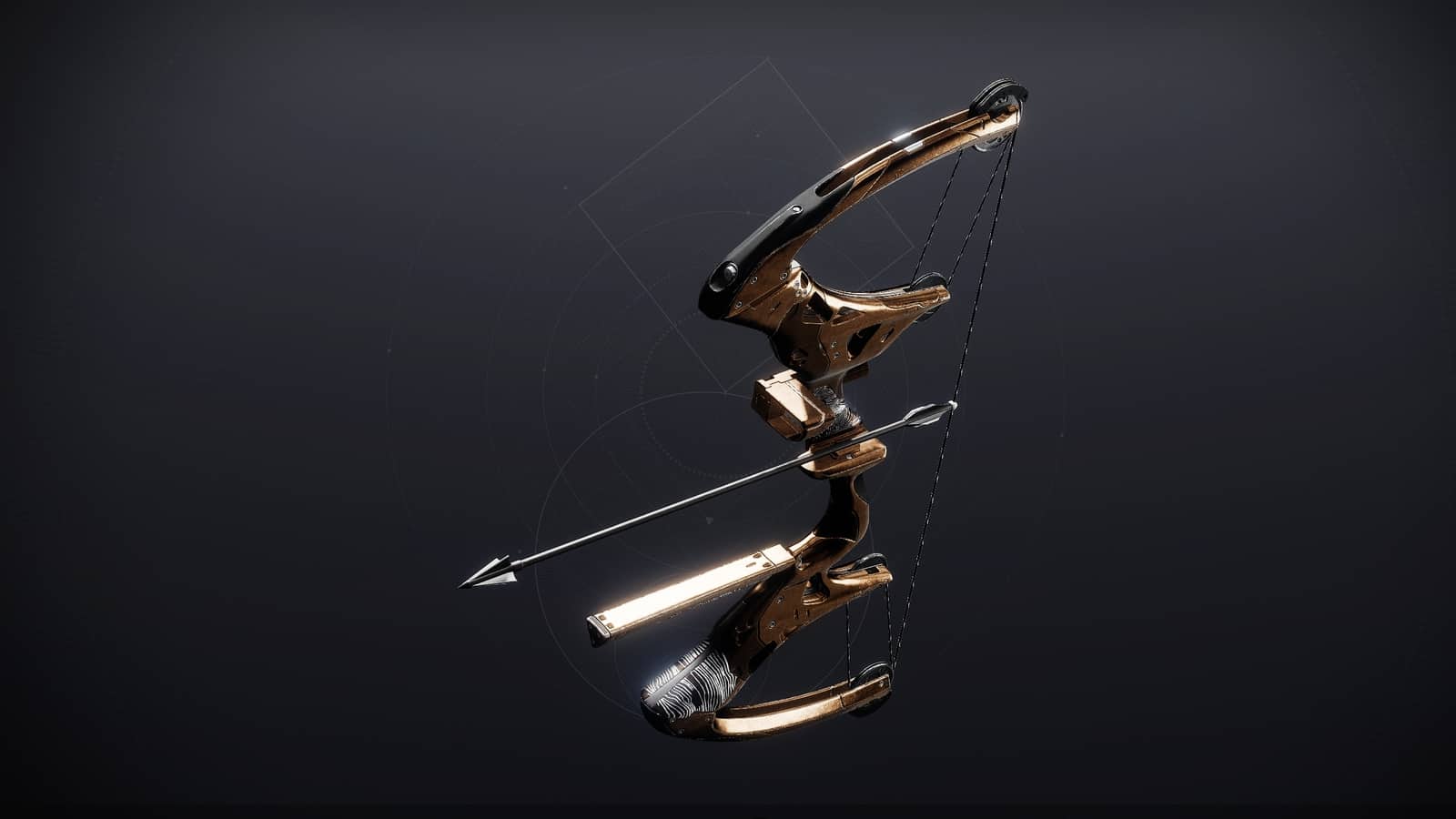 Accrued Redemption is special because it happens to be one of the only 2 Kinetic Precision bows in the entire game. Plus, it has the best base stats among Precision bows overall.

But while it offers a great feel and consistency, Accrued Redemption can’t be ranked any higher due to the fact it’s locked behind a raid (ie. much harder to obtain than its competition) and has a limited perk pool.

How to get it: Accrued Redemption can be acquired by completing the first encounter in the Garden of Salvation raid. 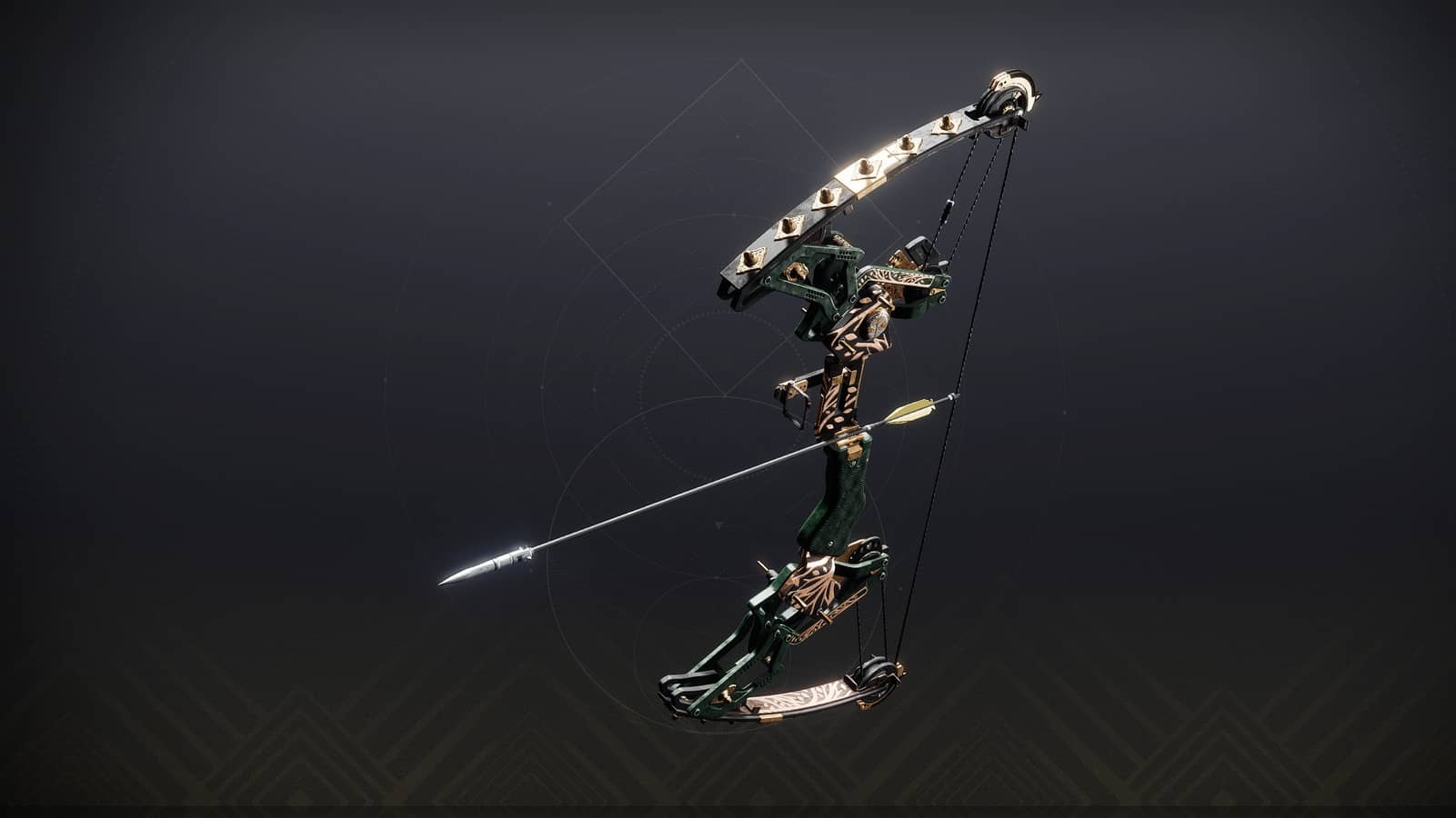 6. Point of the Stag

With a fast draw time, Archer’s Tempo, and Vorpal Weapon (which can be excellent against Supers), Point of the Stag is a reliable and consistent weapon to bring to the Crucible.

Bows are certainly not a popular choice in PVP, but if you want to give bows a serious chance, you won’t find a better legendary alternative than this.

How to get it: Point of the Stag can be acquired by completing the Iron Banner ritual quest. 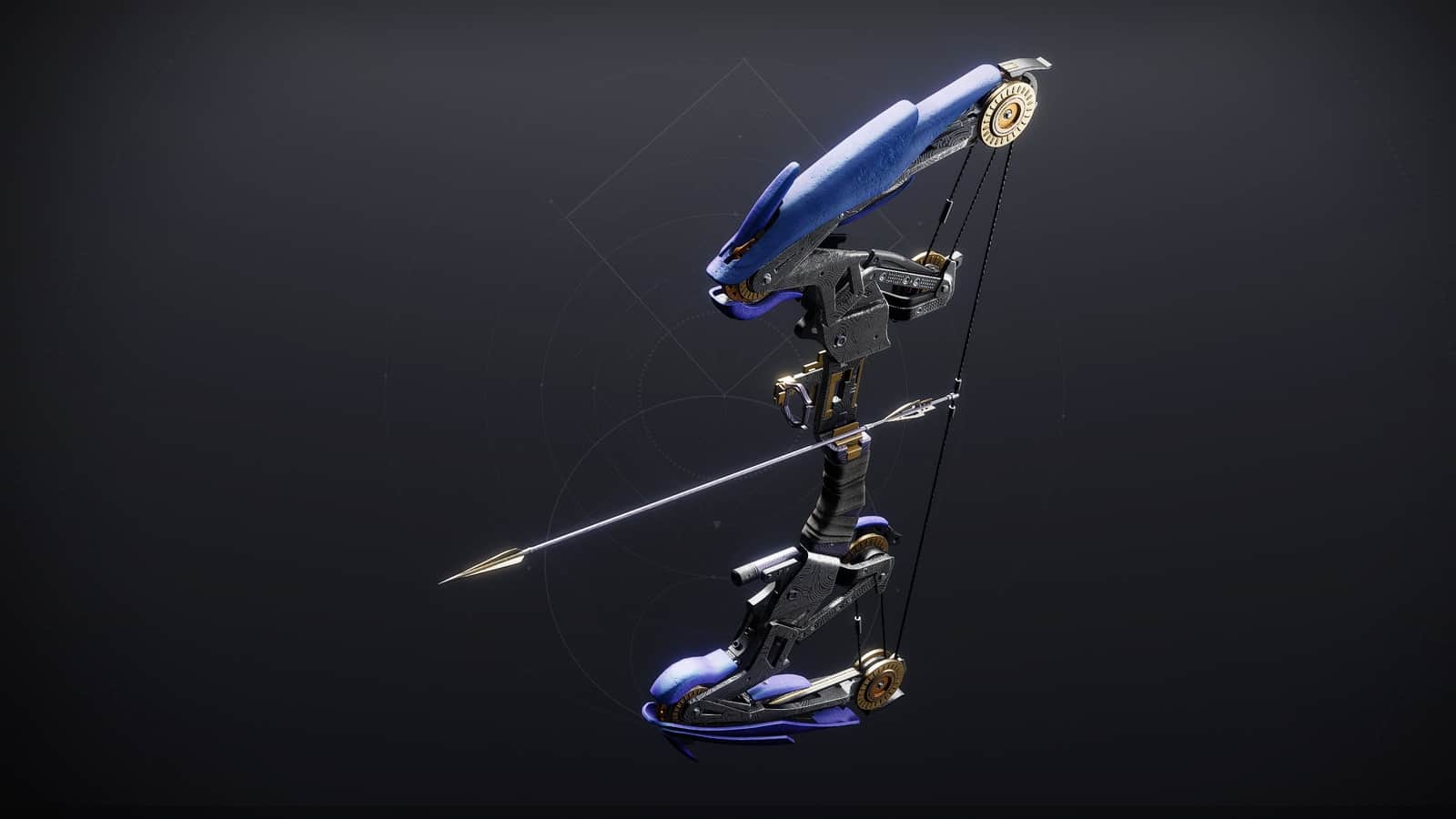 Able to roll with some of the best new perks in the game, including the brand-new Shoot to Loot and Harmony, Wolftone Draw can offer a couple of extremely unique rolls.

Coupled with good base stats, Wolftone is a solid bow you will want to farm this season.

How to get it: Wolftone Draw can be acquired by completing Astral Alignments and focusing Umbral engrams. 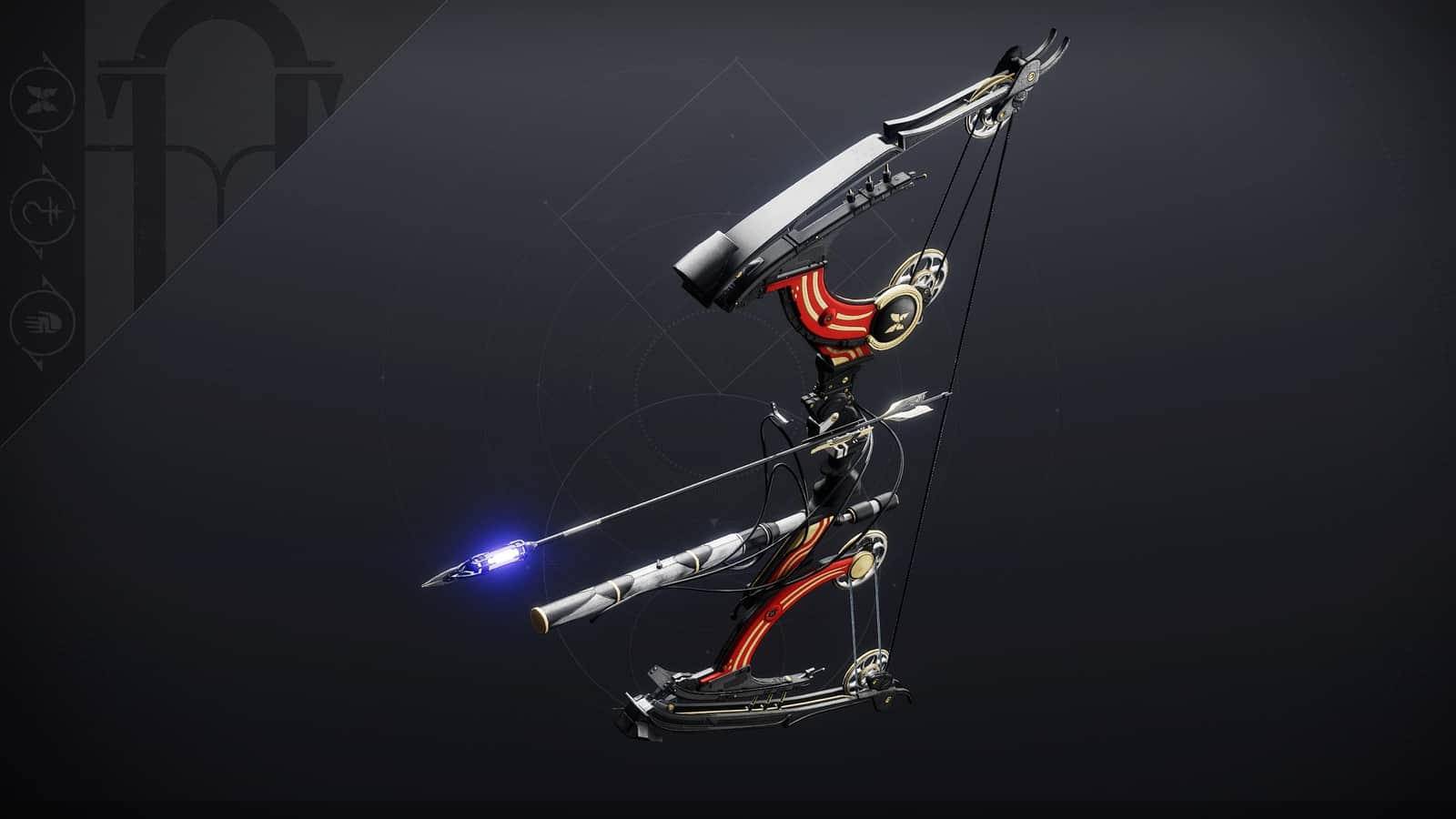 Playing against a skilled Le Monarque user can be a nightmare. The weapon does damage over time, prevents health regeneration, and allows you to keep track of your opponent thanks to the on-screen damage numbers from the tick damage.

A “perfect draw” headshot can leave an opposing guardian with a sliver of health (1hp), leading to easy clean-up kills with something like a Quickdraw hand cannon. This can lead to near-instant TTKs (time to kill) if you can land your crits. Also, Le Monarque can one-shot opponents with a damage buff such as inertia override, empowering rift, a bubble, charged with light, etc.

Last but not least, it counts as a Lightweight Frame bow, giving you a boost to mobility and movement speed. Le Monarque is not easy to master, it can compete against the best PVP weapons in the game.

How to get it: Le Monarque can be purchased at the Monument to Lost Lights in the Tower. 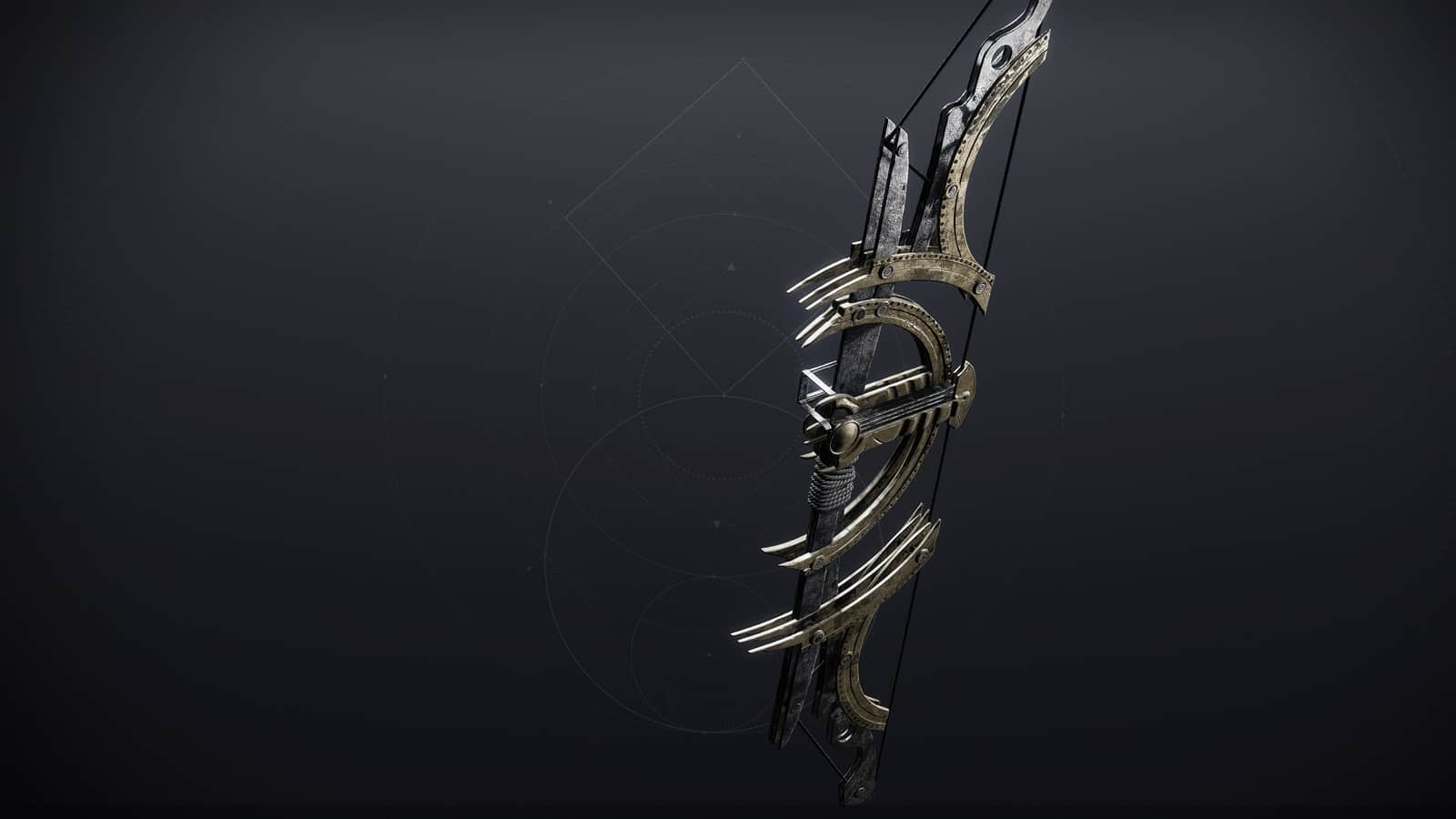 With a “priming” mechanism that allows you to tag an enemy with an initial arrow and then create a massive explosion with a subsequent arrow, Ticuu’s Divination does wonders in PVE.

Ticcu’s Destination may require more work than Trinity Ghoul but it is nonetheless an excellent weapon capable of easily disposing of ads but also dealing serious damage to majors in PVE. Many consider it the best Exotic bow for hard PVE content.

How to get it: Ticuu’s Divination can be purchased at the Monument to Lost Lights in the Tower. 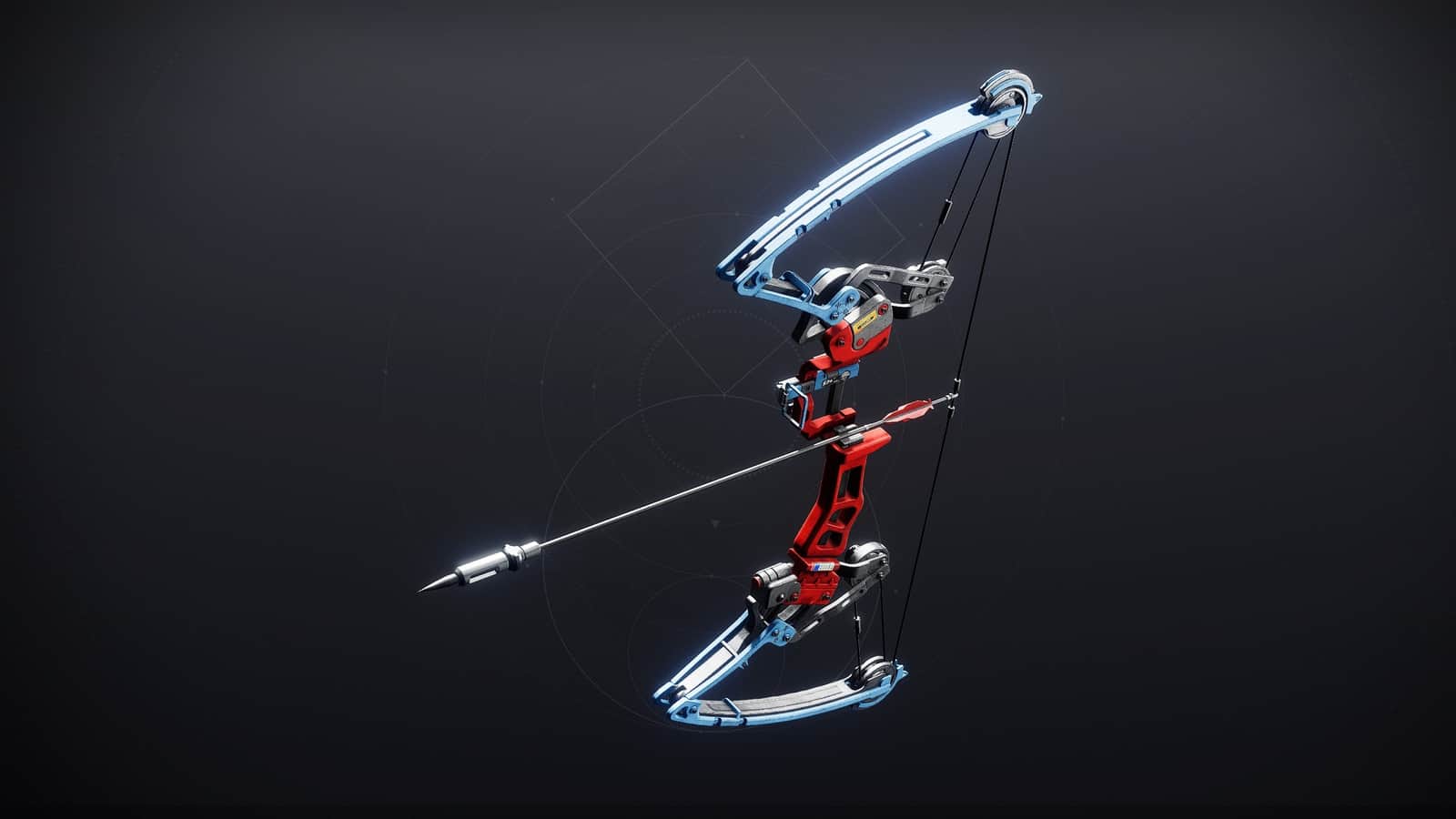 Biting Winds is arguably the best legendary bow currently in the game. Capable of rolling with some of the best PVE perks for bows, it also happens to be much more accessible than say, Garden of Salvation’s Accrued Redemption.

It has similar base stats as the Accrued Redemption and Point of the Stag, but the fact it has great perks and is easy to obtain makes it a top-tier choice for PVE.

How to get it: Biting Winds can be acquired by completing Empire Hunts and exploring Europa. 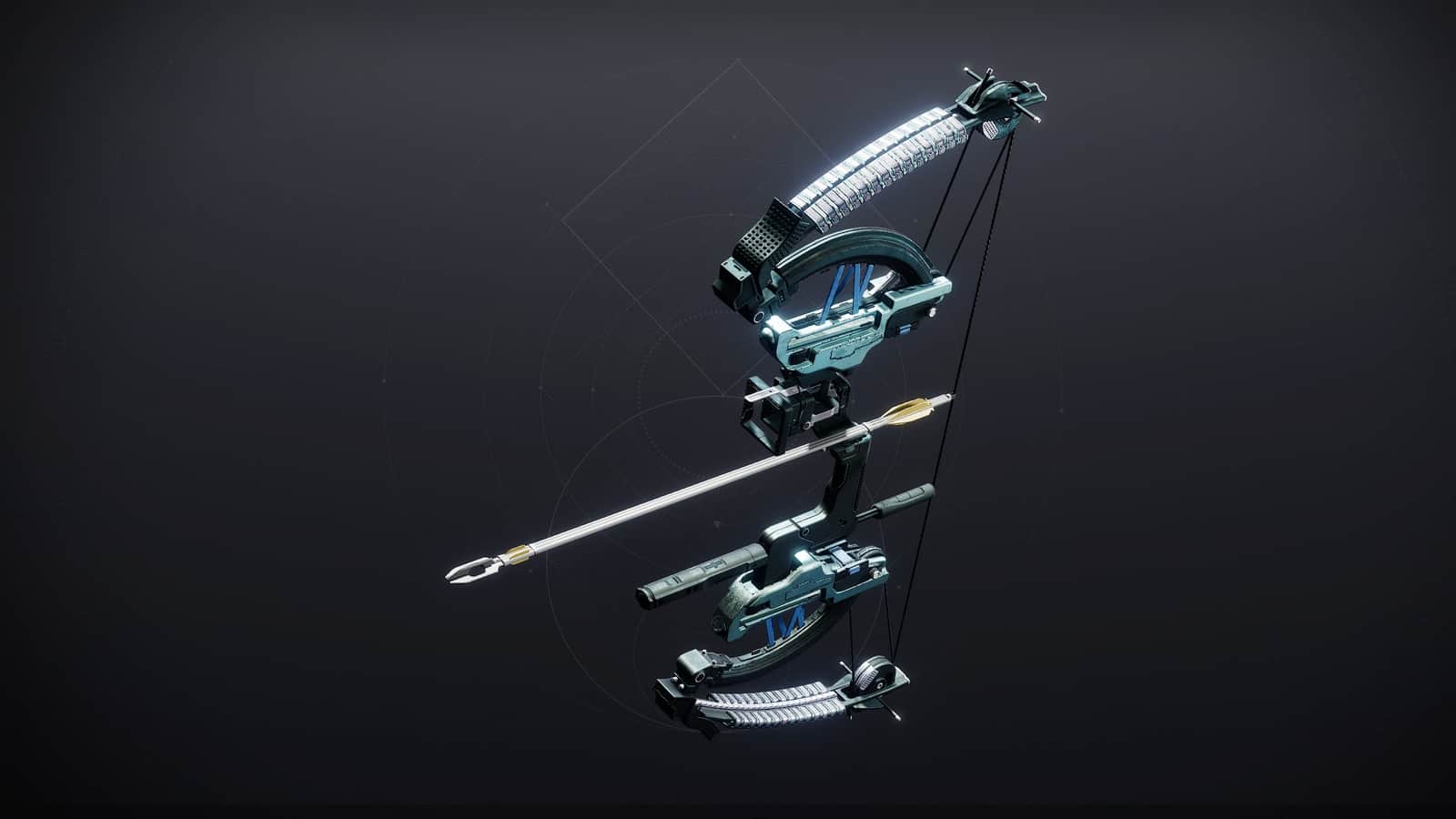 With the release of its catalyst, Trinity Ghoul became one of the best exotics in the game, perhaps even the best primary PVE weapon all-around. This is Trinity Ghoul’s main exotic perks:

This is its Catalyst perk:

That Catalyst perk right there makes all the difference. With the catalyst, activating Lighting Rod becomes extremely easy. So easy, you can practically keep it activated until every single red bar enemy is disposed of.

With this improved Lighting Rod perk, Trinity Ghoul became a monster at killing ads, and the more the lighting damage chains between enemies, the harder it hits. Without a doubt, Trinity Ghoul’s Catalyst is one of the strongest catalysts in the game.

How to get it: Trinity Ghoul can be acquired via Exotic engrams or Xûr.

When it comes to PVP, bows are a niche choice. They are certainly not “meta”, and many other weapon types can get the job done with more ease. But bows still have a place, as long as you lean into their strengths and adapt your playstyle accordingly.

With the right playstyle (i.e. combine a bow with an easy to swap weapon for cleanup kills), several bows can be viable. But let’s be clear, Le Monarque is the only bow that can truly excel in high-stakes PVP.

Bows in PVE: DPS and basics

This DPS chart includes the DPS numbers for every weapon in Destiny 2.  When it comes to actual DPS, bows can deal decent damage, taking into account they can be effective at nearly infinite ranges:

If you’re truly interested in mastering combat bows in Destiny 2, there are a few key principles you need to understand. These all come from the excellent Dummies Guide to Bows on Reddit user Mwray:

The most important stat for Bows is their Draw Time:

Unlike Charge Time, which negatively affects a weapon’s Impact, Draw Time does NOT affect the Impact stat. Because of this, faster Draw Time = better DPS.

Precision Bows have higher impact and much higher accuracy compared to Lightweight Bows and are able to achieve 576 Draw Time with Elastic String and a Draw Time MasterWork.

Unlike other weapons, Bows rely heavily on Strings and/or Masterwork to reduce Draw Time. To give it some perspective, imagine an Iron Grip or Extended Magazine Steady Hand vs. a Steady Hand and with Outlaw proc’d. Most people are running around with the equivalent of Extended Magazine on their Bow.

Bows (Precision bows in particular) excel in endgame content such as Nightfall: The Ordeals, Legend Lost Sectors, and Dungeons, as they can 1-2 hit kill red bars without damage perks active, compared to other primaries that can take entire magazines for a single kill.

Finally, for content with an elemental singe active, such as Legend Lost Sectors, Lightweights can be used to great effect with perks like Explosive Head and Rampage.

How do you get your first bow in Destiny 2?

Getting your first bow in Destiny 2 used to be a pain. You had to either cross your fingers that a bow would randomly drop one day or complete a specific quest that is part of the Forsaken paid expansion.

Right now, you can get your very first bow in just a few clicks. All you need to do is:

That will get you up and running while you find a better bow, such as one of the top-tier Exotic bows covered in the next section.

Destiny 2 Bows: Are they Meta?

We’ve talked about the best bows for PVE and PVP already, but how do they compare, in general, with other primary weapon types? In other words:

Are bows good in Destiny 2?

So, are bows good in Destiny 2 PVE? This table summarizes how the several primary weapon types rank against each other in PVE:

You now know everything there is to know about Combat Bows in Destiny 2, whether that is for PVP or PVE content.