Skip to content
Sometimes referred to as “Dad rifles”, some love to hate Pulse rifles. They claim Pulses require no skill and are too easy to use. But that couldn’t be farther from the truth. Granted, some of them are considered to be among the best weapons for PVP in the entire game. But in PVE, they struggle somewhat.

This guide covers every Pulse rifle in Destiny 2, including both Exotic and Legendary Pulses, as well as the best rolls for PVE and PVP.

The Tier list below includes every non-sunset Pulse rifle in the game. It starts with the S Tier weapons and moves down from there. It also covers both PVE and PVP, with the “Excels in” column clearly identifying in what area each weapon shines:

This section not only covers the top Pulses currently in the game, it also tells you where you can find them. This guide covers every weapon source in Destiny 2 and most of the sources below are self-explanatory, but in doubt, you can always leave a comment below or ask away on our Discord server.

Overall, these are our Top 10 favorite Pulse Rifles for PVE and PVP. 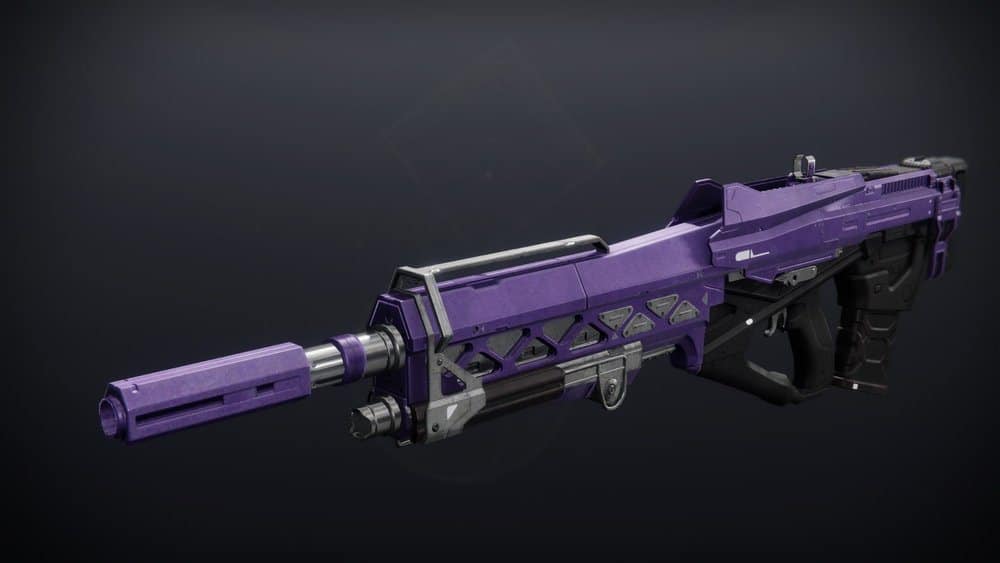 PvP is where this gun truly shines. As a High-Impact frame Pulse, it too delivers an insanely fast 0.67 seconds time-to-kill. This fast TTK plus Kill Clip makes this weapon a true menace in PVP.

How to get it: Stars in Shadow can be acquired by completing PVP matches from the Crucible Playlist. 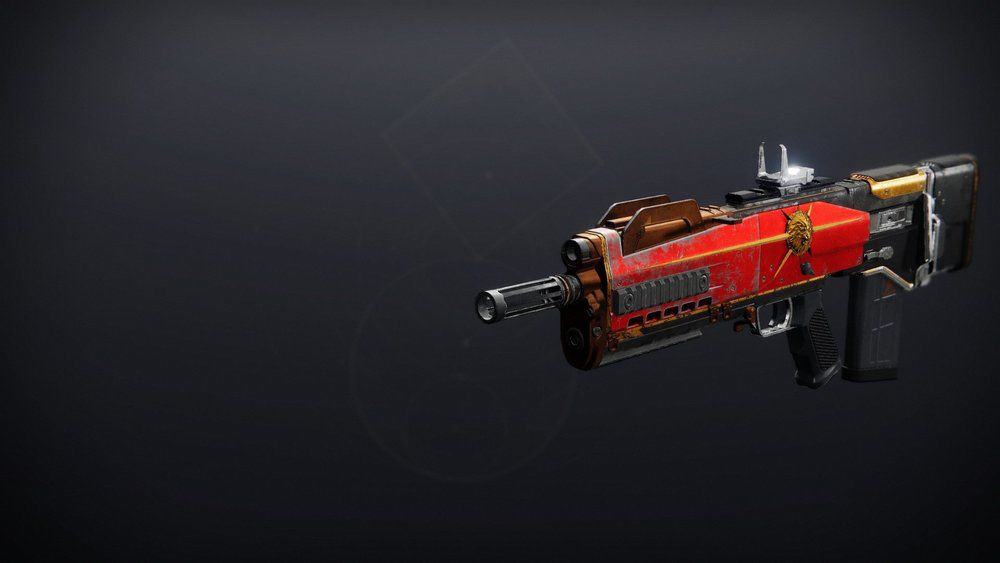 Another High-Impact Pulse, Legal Action II has that same insanely fast TTKs as Stars in Shadow and The Messenger.

And whereas it has average base stats, this gun manages to stand out thanks to its zoom level. Its optics and zoom combine to give the Legal Action II exceptional range. This helps it challenge even Scout rifles in long-range engagements.

How to get it: Legal Action II can be randomly acquired as end-of-match activities or via Legendary and Prime engrams. 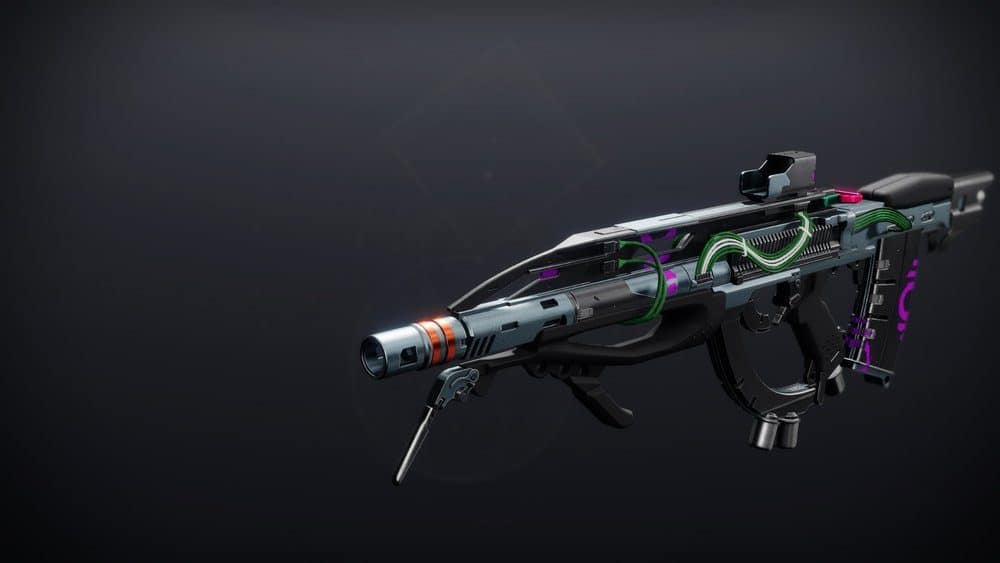 One of the biggest surprises last season, Gridskipper may not have the insane TTK of High-Impact Pulses. Yet it still shreds in PVP while simultaneously feeling great in your hands.

Gridskipper benefits from all of the best new perks, especially Heating Up, which help it effortlessly chain kills in 6v6 matches. As long as you play aggressively, it can easily dominate medium-range engagements.

How to get it: Gridskipper can be acquired by completing Overrides and focusing Umbral engrams. 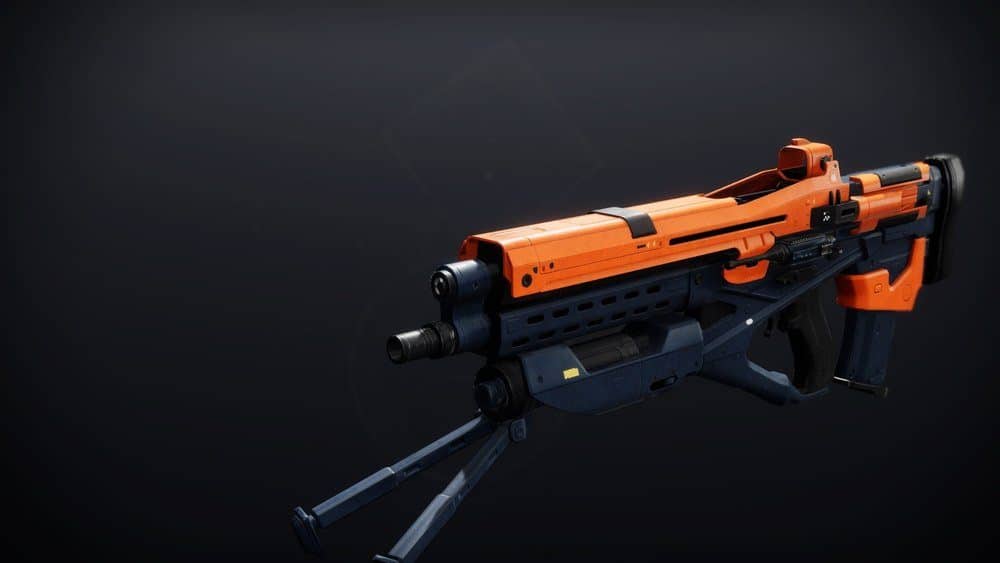 The Third Axiom is the long-lost twin of the Forsaken Pulse rifle, Bygones. Falling into the Adaptive frame archetype, this is a very consistent weapon that will get the job done every time. It also happens to feel great: stable and smooth to fire.

On top of having some of the best base stats among Adaptive frame Pulse rifles, The Third Axiom can also roll with a wide range of strong perks, making it a desirable weapon for both PvE and PvP.

How to get it: The Third Axiom can be acquired by completing Strikes from the Vanguard Playlist. 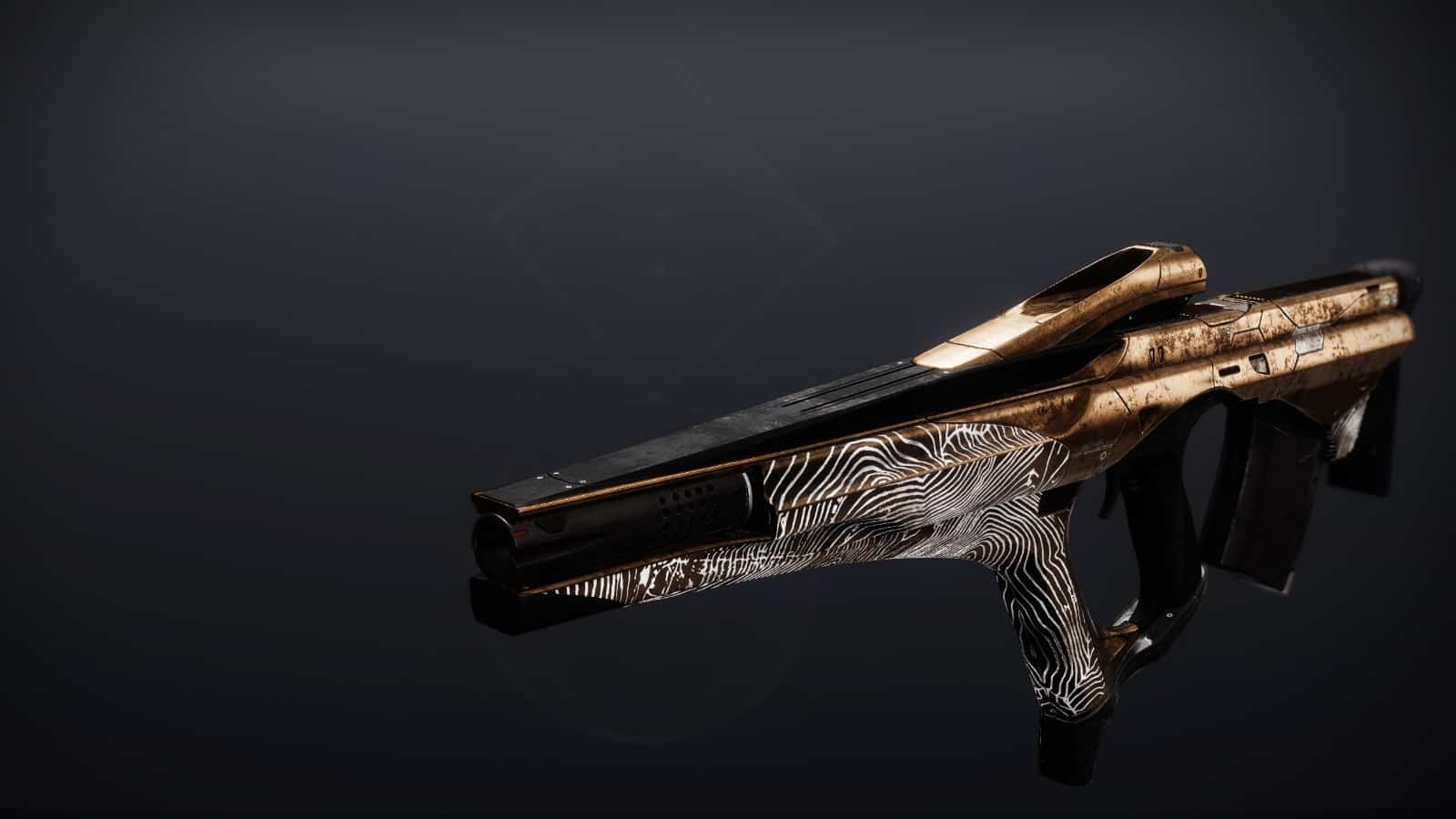 Sacred Provenance is currently the only aggressive, 4-burst Pulse rifle in the game, making it an absolute fan-favorite among Pulse aficionados.

Some may not like it due to its slow playstyle, but with excellent range and ease of use, Sacred Provenance is without a doubt a top-tier weapon for both PvP and PvE.

How to get it: Sacred Provenance can be acquired by completing the third encounter in the Garden of Salvation raid. 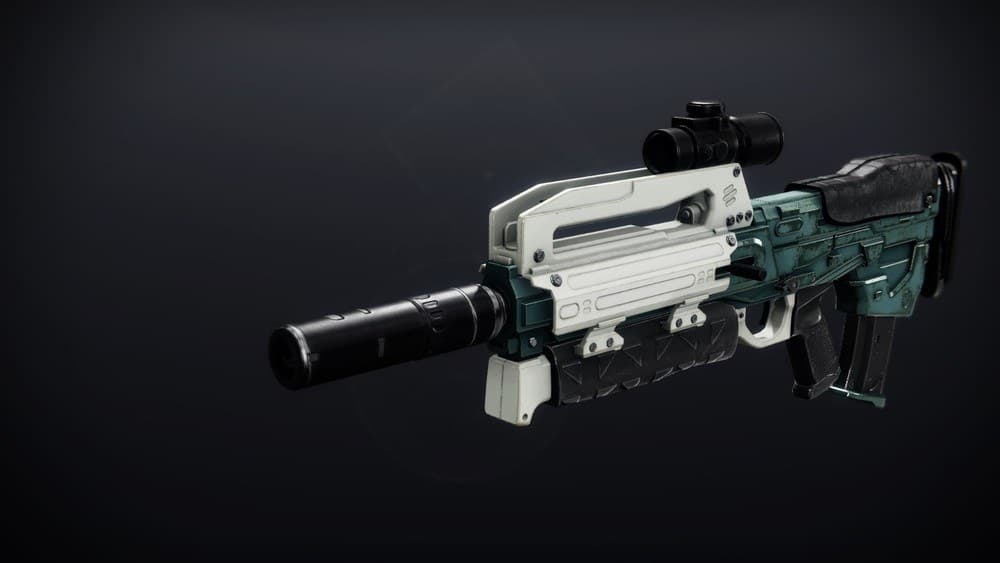 The newest Pulse on the block, the BxR is an entirely different beast. Meant to pay homage to Halo’s iconic Battle rifle, the BxR goes above and beyond to fill that role. Not only does it look a lot like the Battle rifle, it also behaves a lot like it too.

The BxR-55 Battler is all about that extra precision when shooting from the hip. Just like Dead Man’s Tale or even The Last Word on controller, this Pulse excels when shot from the hip. This gives it a lot of flexibility. It can be lethal at long ranges but also close ranges when shot from the hip. Couple with something like Blunt Execution Rounds, this pulse can be an excellent tool for a good PVE melee build.

How to get it: BxR-55 Battler can be acquired by completing Dares of Eternity runs or turning in Treasure keys at Xûr’s in Eternity. 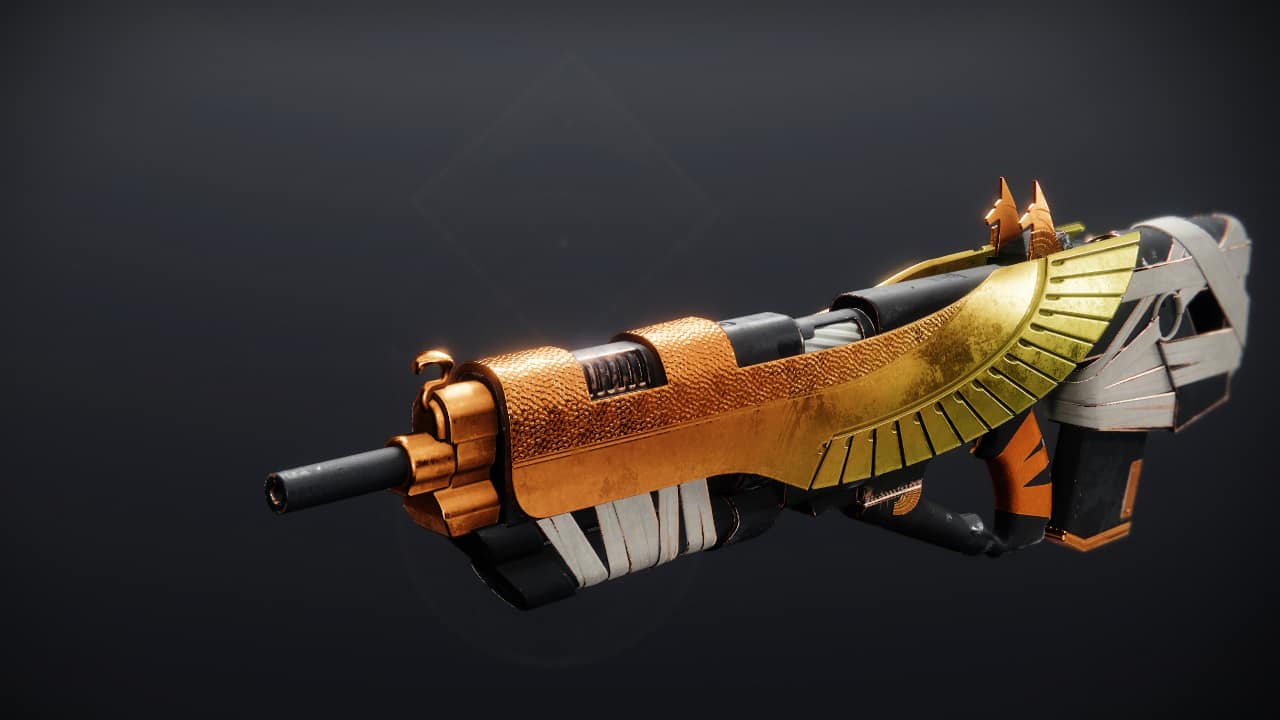 Vigilance Wing is an excellent weapon to bring to the Crucible. Its ease of use alone nets it an S tier. However, it’s also one of the most lethal weapons in the game with a unique 5 burst shot.

Vigilance Wing is indeed quite forgiving and lets you get kills without having to hit too many crits. This, combined with its range, makes it a nearly unstoppable force in the mid to long-range engagements.

Exotic Perk: “This weapon fires a 5-round burst. When a nearby ally is killed, gain health regeneration, and increased movement speed.”

How to get it: Vigilance Wing can be acquired via Exotic engrams or Xûr. 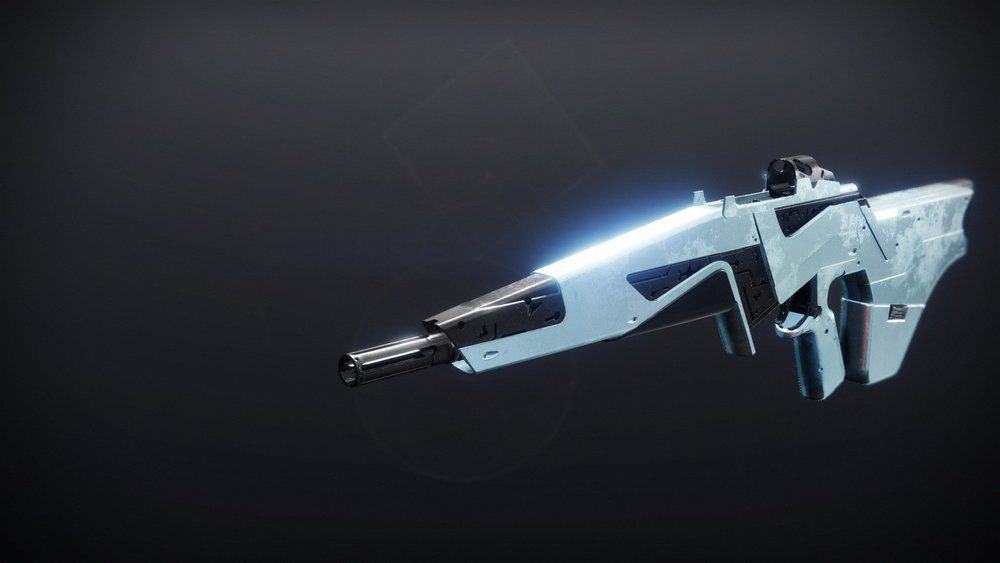 Gridskipper set the stage last season and demonstrated that Rapid-Fire Pulses could also excel in PVP. Unlike High-Impact Pulses which are all about insanely fast TTKs as long as you can hit your shots, Rapid-Fires are all about overwhelming your enemies with bullets.

Rapid-Fire pulses are oppressive and excel in medium-range engagements. And while Gridskipper is still great, Darkest Before is the absolute best Rapid-fire currently in the game. It has better base stats and a great sight. Darkest Before is reason enough to run the Prophecy dungeon every week.

How to get it: Darkest Before can be acquired by beating the Prophecy dungeon‘s final boss. 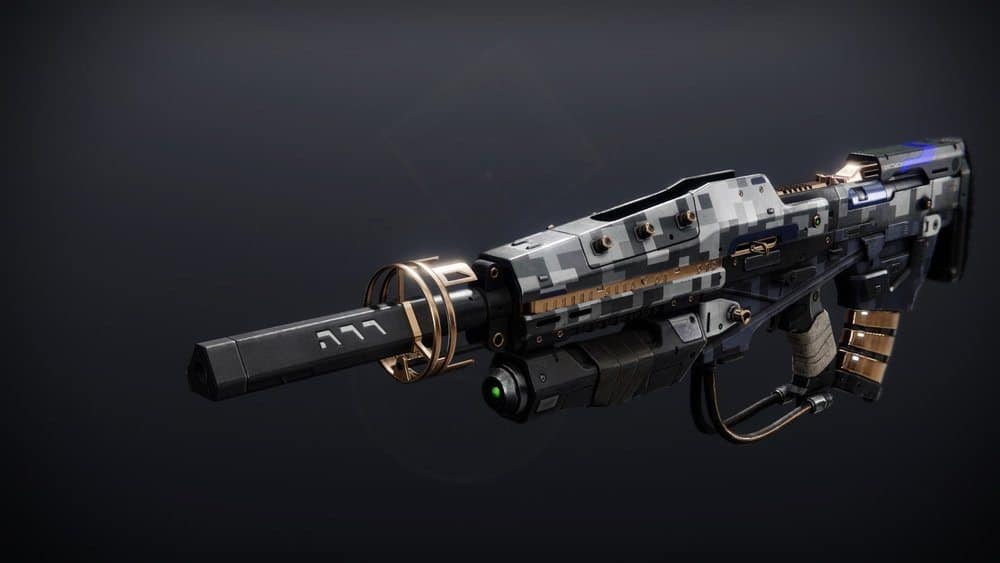 2. No Time to Explain

No Time to Explain is a PVP powerhouse. Not only is it part of the most deadly Pulse rifles archetype (with insanely low TTKs), it also has great base stats and perks that make it nearly unstoppable when activated.

Its exotic perk ‘Rewind Again’ allows for consistent and forgiving kills. This, combined with its incredible range and clean sights, make it a top-tier option everywhere in the game, including PVE.

Exotic Perk: “Precision shots and shots against combatants affected by Stasis return to the magazine. At 10 stacks, a small portal will open, shooting bullets from an alternate timeline version of this weapon. Precision hits extend the portal’s duration.”

How to get it: No Time to Explain can be acquired by purchasing Beyond Light’s Deluxe edition. 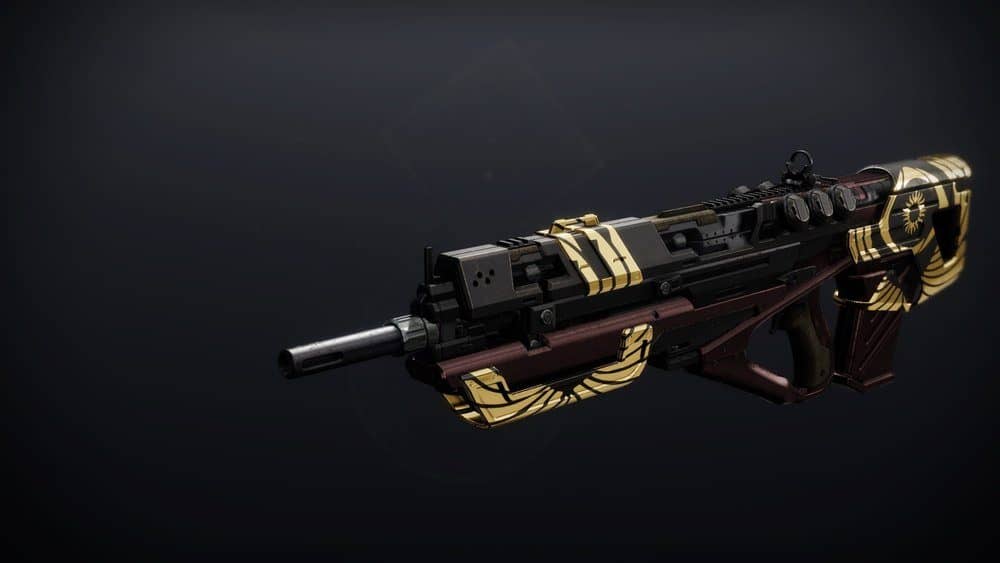 The best Legendary Pulse Rifle in the entire game, The Messenger is a returning weapon from Destiny 1 that comes with a top-tier perk previously reserved only for Pinnacle weapons: Desperado.

With Desperado, TTK can be massively reduced, allowing for insane killing sprees, especially with Rapid Hit or Outlaw. The Messenger is also incredible in PvE, due to its top-notch perk selection and generally great stats.

How to get it: The Messenger can be acquired via Trials of Osiris engrams and rank ups.

TTK is particularly important in PVP, because the lowest the TTK, the faster you can kill your opponent. You can read all about it in our TTK guide below.

This TTK guide includes the TTKs for every weapon in Destiny 2. When it comes to PVP, Pulse rifles are a strong choice. In fact, they probably are the top second choice for competitive players, just behind hand cannons. Some of the top Pulses are even considered “Meta”, especially High-impact Pulses that can reach insane time-to-kills (TTK).

Do keep in mind that TTKs aren’t everything. Versatility and ease of use also come into play. High-Impacts may offer one of the best TTKs in the game, but if you can’t land your shots, the archetype loses all its advantages.

If you’re looking for a more forgiving alternative, Rapid-Fires (Darkest Before) and Adaptives (The Third Axiom) can be excellent choices too.

This DPS chart includes the DPS numbers for every weapon in Destiny 2. When it comes to actual DPS, Pulses deal very mediocre damage:

Whereas Pulses can dominate any Crucible match, be it casual 6v6s or Trials of Osiris rounds, they currently struggle in PVE. They have the range and ease of use to compete, but they simply deal too little damage. And since hand cannons and scout rifles recently received a PVE damage buff, Pulse rifles struggle even more.

Destiny 2 Pulse Rifles: Are they Meta?

We’ve talked about the best Pulses for PVE and PVP already, but how do they compare, in general, with other primary weapon types? In other words:

Are Pulse Rifles good in Destiny 2?

So, are Pulses good in Destiny 2 PVE? This table summarizes how the several primary weapon types rank against each other in PVE:

You now know everything there is to know about Pulse Rifles in Destiny 2, whether that is for PVP or PVE content.