With the release of Beyond Light, the new weapons have naturally become the center of attention.

And while it’s undeniable there are lots of excellent new weapons to play around with, the new armor sets released with Beyond Light are nothing to scoff at. The new Raid armor sets are in particular some of my all-time favorites.

In this post, we’ll cover all the new armor sets released with Beyond Light, including the basic Europa armor set, but also the more premium sets such as the Deep Stone Crypt Raid armor set, and more.

The Crystocene set is the armor you’ll get while playing the Beyond Light campaign and exploring Europa (more on that below).

Bungie has actively used this armor set in most of its Beyond Light promotional material, therefore you’ve probably seen plenty of it by now. This is how the Crystocene armor sets look like in-game on all classes:

You’ll get the first set while playing the main Campaign. Variks, your main guide throughout the campaign, will sometimes have armor quests at your disposal. Completing these quests will give you a piece of armor until you finally have the entire Crystocene set. Later on, you’ll be able to upgrade Variks’ challenges and actively chase specific pieces of armor.

‼️ The Crystocene set requires that you own the Beyond Light Expansion. Free-to-Pay players, you’re out of luck with this one.Same applies to the exclusive Lost Sectors exotics.

And last but not least, you can also farm the Crystocene armor set while playing Empire Hunts at Hero or higher difficulty.

Unlike the Crystocene set, the Legacy’s Oath armor from the Deep Stone Crypt was kept under wraps until people actually completed the raid and discovered the armor set. You won’t find any promotional material showcasing this set, but this is how (great) it looks in-game:

For more information regarding the rewards from the raid, including all the weapons and armor each encounter drops, head over to our official Deep Stone Crypt loot table.

Season of the Hunt armor sets

Three more armor sets were released with Beyond Light on November 10, 2020. But technically, these sets are Seasonal content and require you to purchase Season of the Hunt and not Beyond Light.

These are the Season 12 armor sets, which can be acquired  you can get from via the Season Pass and from completing Wrathborn Hunts:

By the way, the armor pieces rewarded at the highest ranks have remarkably high stats and will often be more than enough to compliment your Exotic of choice.

These are the Season 12 Eververse Ornament sets for Season of the Hunt, which can be acquired with Silver (real money) or Bright Dust:

Finally, while not technically armor part of the Beyond Light Expansion or Season of the Hunt, these sets were also released this season.

These are the Dawning Ornament sets for Year 4 and 2020, which can be acquired with Silver (real money) or Bright Dust on the Eververse store:

These are the Season 12reprised Iron Banner sets, which can be acquired when Iron Banner is active (roughly once a month) with tokens or by completing Iron Banner Quest steps, Bounties, or matches:

Finally, Beyond Light also included a new Armor set connected to the core activities in the game: Strikes, Crucible and Gambit. While these are technically three different sets (with different names, etc), they are basically the same base set but with different shaders: 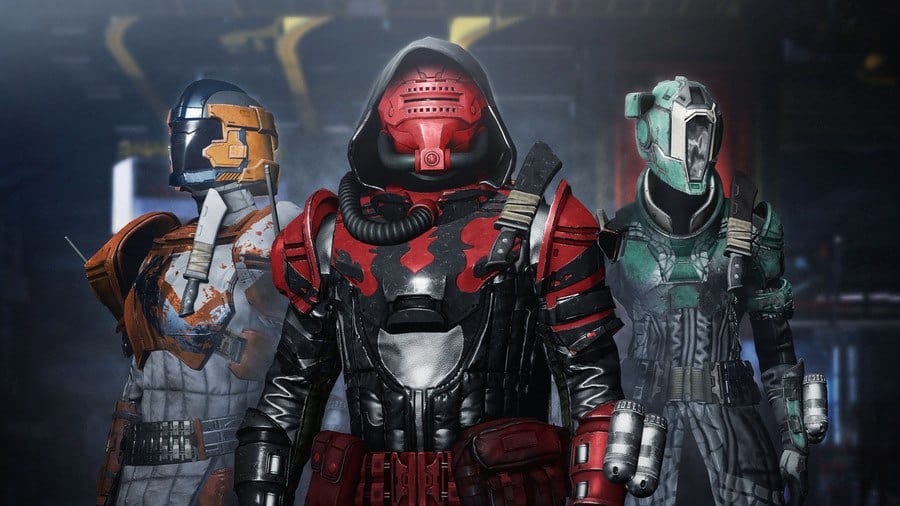 Finally, if you’re interested in the latest Exotic armor for either Titan, Warlock, or Hunter, you’ll have to farm Lost Sectors, as they are the only source of new Exotic armor.

The Destiny Content Vault certainly took away too many sets (the Black Armory is a great example), but at least most of Beyond Light’s new sets look solid. They will certainly be very useful once Transmog is introduced in a few months.

On top of that, other armor sets will be released throughout the year, such as the new Trials of Osiris armor set (expected next Season), a new Festival of the Lost armor set, and more. Hopefully, you now know everything there is know about Beyond Light armor sets. If you’re an armor collector: good luck and good farming!