How to farm Dares of Eternity

Dares of Eternity is a straightforward 6-man matchmade activity. It is impossible to fail, provided you keep at it for as long as it takes. However, there are a few crucial gameplay features you need to understand to optimize your time.

Dares of Eternity, Round 1

Dares of Eternity Lightning round

A Lighting Round in Dares of Eternity will reward youwith  significantly more loot. Up to three chests at the end of a run. However, Lighting Rounds have a random chance to occur, and there is little a player can do to improve the odds.

According to Tom Farnsworth, Bungie’s Senior Design Lead, playing more and playing in Legend difficulty will increase the odds though:

FYI, the Lightning Round has a random chance to occur at the end of any Dares of Eternity run.

Playing the Legend difficulty increases the odd a bit too.

Running consecutive Dares of Eternity runs will trigger an Activity streak. Each consecutive run will increase you streak until it caps at 5. Completing runs with an active streak will reward you with an additional +25 Strange Favor per streak bonus. Activity streaks will be a great help to earn your Rank up rewards as soon as possible.

While our dedicated Dares of Eternity weapons guide covers both the weekly rotation and the exclusive guns, Dares  of Eternity will also reward you with Armor and items that cannot be found anywhere else. 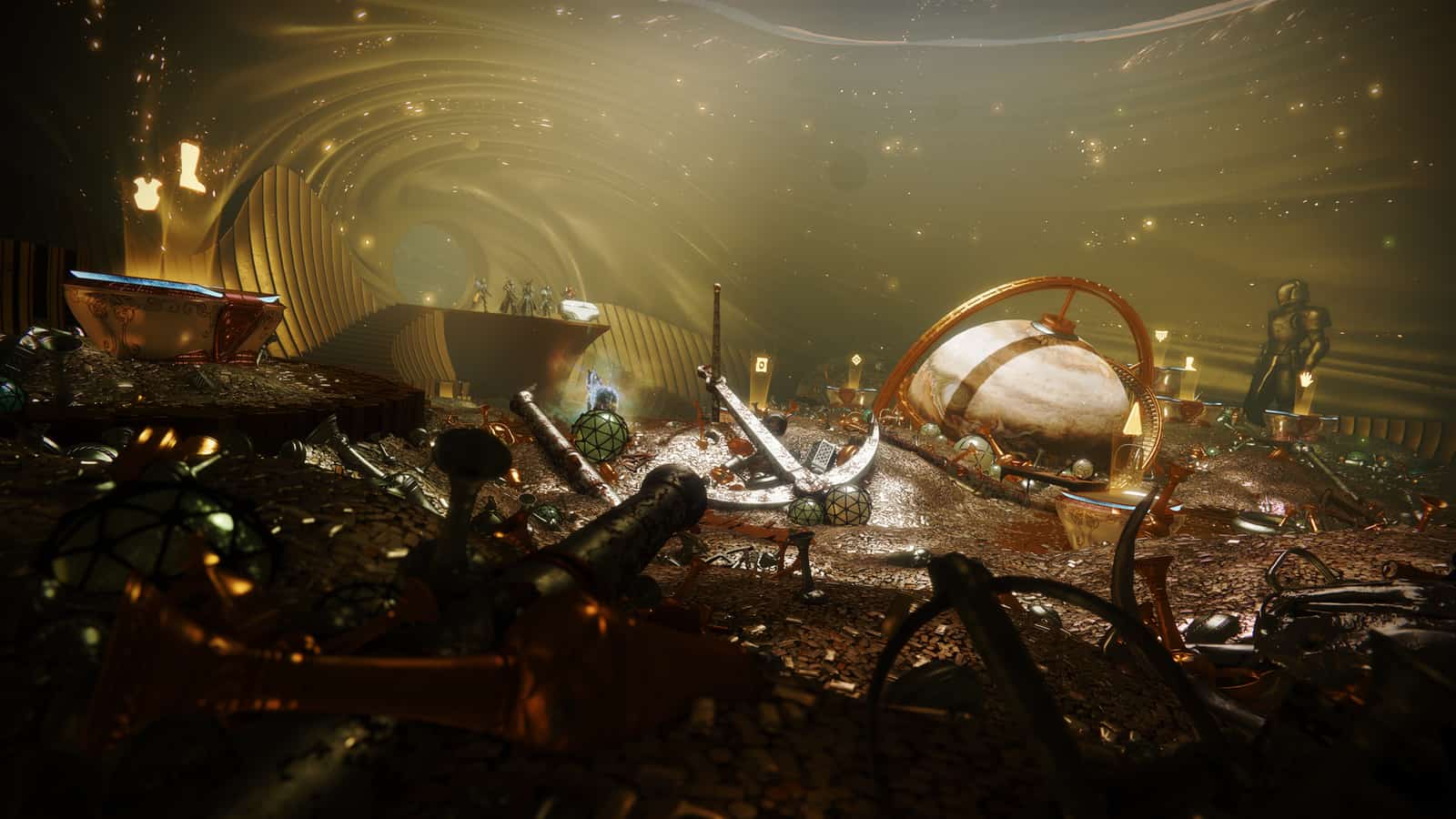 Weapons on rotation this week