The future of Destiny 2’s Reckoning weapons is unclear right now. In fact, some of them could leave the game soon.

But that doesn’t change the fact a few of them are among the best weapons in the game. And even if most Reckoning weapons will be retired soon, some of them are still worth chasing.

But which ones are worth grinding for? And more importantly, how to farm them before it’s too late?

‼️ Every single one of these once amazing weapons is no longer viable for most activities including endgame content. You can read all about weapon sunsetting here and see a full list of Legendary weapons still viable here.

This guide will cover every Gambit Prime / Reckoning weapon in the game. We’ll cover all the best rolls and the best way to farm exactly the weapon you want.

The list starts with S Tier and moves down the different tiers until it reaches the bottom D Tier.  Also, don’t forget that you can filter and sort the list however you prefer!

If you’re really serious about chasing god rolls, you know that scope/barrel and magazine options are extremely important too. I realize that but prefer to keep things simple and only focus on the two main perks. I do go into more detail for the absolute must-have weapon below.

As with all things D2, when I say the best, I mean the weapons I think are the best. But make no mistake, even if this list is based on my personal opinion, it also takes into account their usage in end-game activities and reviews from the most talented D2 players out there.

The Reckoning may not offer as many excellent weapons as the Black Armory, but it does have one of the best PVP weapons in the game: 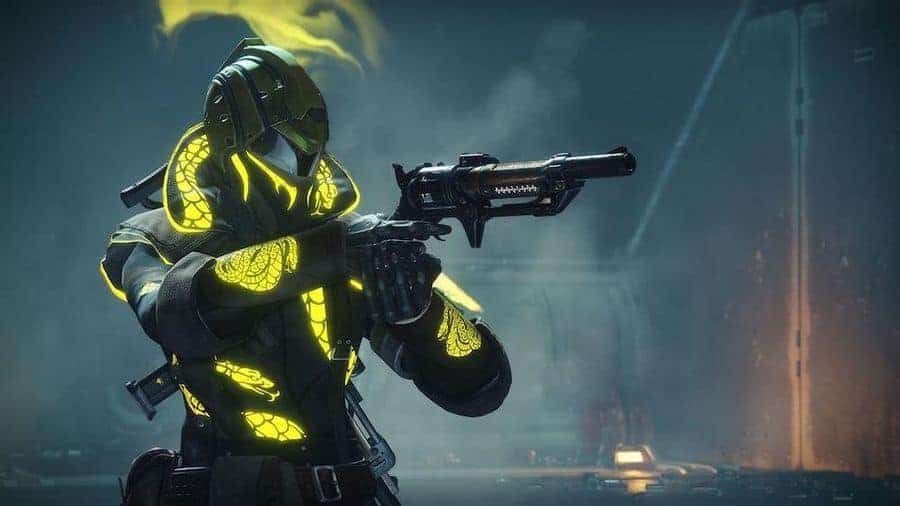 The Spare Rations needs no introduction. One of the most lethal primary weapons in the Crucible, the Spare Rations was, by far, the king of PVP for months. It was the weapon of choice for hardcore PVP players who enjoyed using it with a Mindbender’s Ambition for the ultimate meta/try-hard loadout.

Things are a little different this season, mainly due to the buff to 600 RPM Auto Rifles, and the fact Spare Rations will be sunsetted next season. If you’re looking for a good replacement, there are several excellent PVP weapons to chose from and even a couple of great Exotics.

If you’re serious about farming a Spare Rations god roll, you need to watch this guide from Fallout Plays. You won’t find another resource that explains the different perks and potential god rolls on a Spare Rations better than he does.

Weapons such as Gnawing Hunger, Sole Survivor, and Lonesome are great too, but they cannot be considered Top Tier as better alternatives exist elsewhere…

Destiny 2 Reckoning and Gambit Prime: How to farm god rolls

Before you get started farming Reckoning weapons, there are two things you should know:

All the other weapons can drop from either Reckoning T3 bosses or Gambit Prime.

Farming Reckoning weapons is fairly straightforward. You need to head over to the Gambit section in your Directory, select Reckoning and select the Tier 3 activity. The activity is matchmade and every time you kill the boss, you have a chance of getting a weapon. 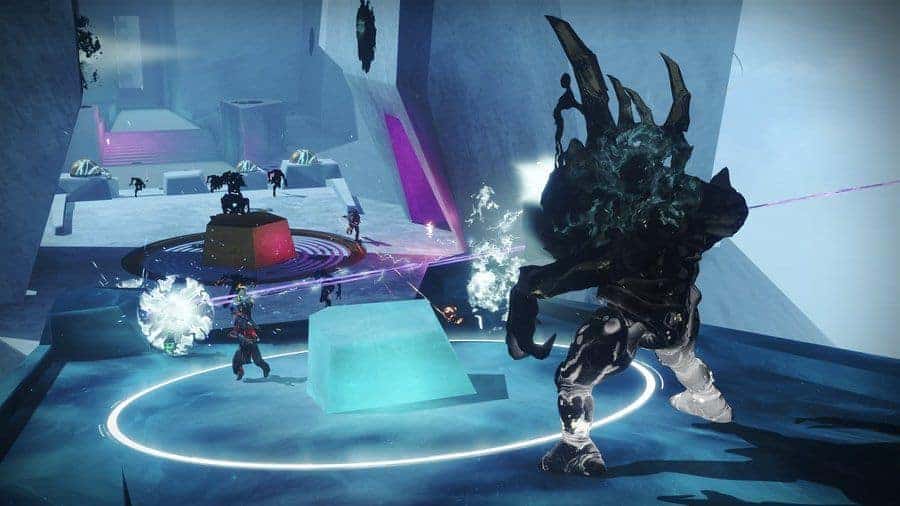 The bridge section of a Reckoning run

If you struggle to complete the activity itself (the bridge section is undeniably hard without a coordinated fireteam), Rick Kackis did an excellent video covering how to best tackle it.

Bungie made the entire farming process easier a few months ago by increasing the chances of obtaining a weapon after completion without drops.

To properly farm a weapon, the most important thing to know is when to do the Reckoning, as every day the Boss changes and the weapons change accordingly. Reddit user Alhexus made this handy calendar including the bosses and modifiers: 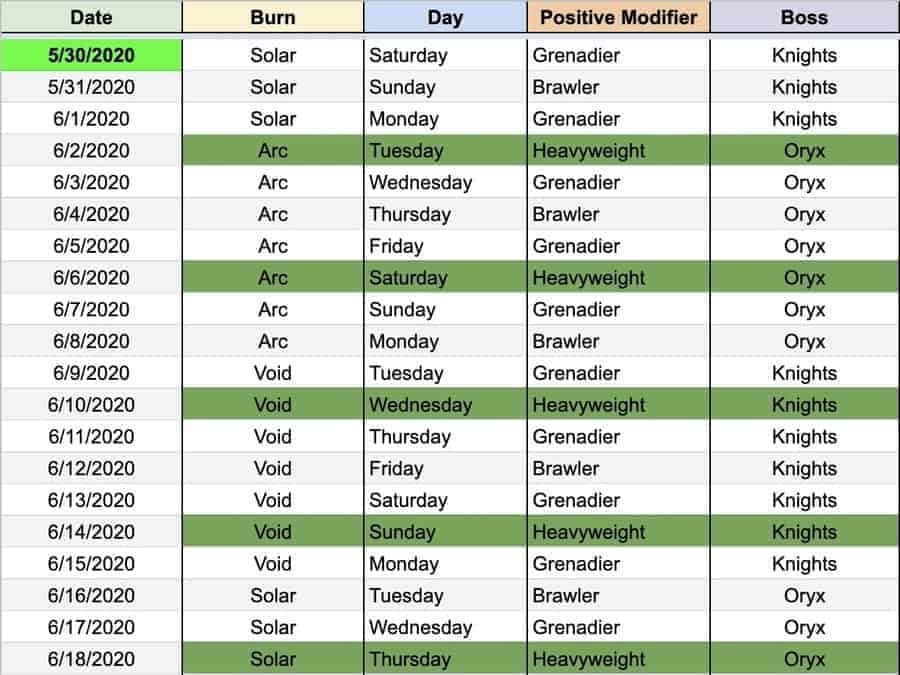 Be aware that this entire process is changing in 2 weeks with the start of Season 11.

Based on Bungie’s Roadmap for Destiny 2, we know they are moving several weapons to the World Loot Pool starting season 11. Among the long list of weapons impacted, we have:

This means those 3 weapons will be removed from the Gambit Prime / Reckoning loot pool. Bungie also implied in their TWAB that the remaining Gambit weapons may entirely go away:

If you still need a weapon or weapon roll from the current Vanguard, Crucible, or Gambit playlists that isn’t on that list, go grab it now!

Bottom line: If you want some of the Reckoning weapons, you better farm it now before Season 11 starts the middle of June 2020.

Drop rates are fairly low, and even if you get a drop at the end of a match, it could be anything!

For the record, as much as I try to keep this list as objective as possible, it’s still based on my personal experience playing the PC version of the game.

Also, even with hundreds of hours of playtime, I’m far from being neither an expert nor an amazing PVE/PVP player. That’s the whole point of this site. I’m just a blueberry who loves this game and wants to share everything I’ve learned so far!

Finally, if you’re wondering what criteria was used to build this Tier list, these are the main factors I took into account:

If you strongly disagree with some of the rankings here, feel free to share your thoughts in the comments section.

So which is your favorite Reckoning weapon? Do you already have your god roll?